Those who listens to the music will probably hear a lot of influences from different parts of the rock history and present. No matter if you like the very early hardrock from the end of the 60s, the more intricate from the 70s, the polished from the 80s or modern rock bands from the present music scene, The Rockford Heroes will have something to offer you.

It might be kind of kittle to compare yourself with other artists. But if we put it this way; Do you like any of the following bands? Rainbow, Savatage, Queensryche, Led Zeppelin, Styx, My Chemical Romance, Bon Jovi, Meat Loaf, Iron Maiden, Queen, Whitesnake, Kansas, Talisman, Journey, System of a down, White Lion, Edguy, Alice Cooper, Kamelot, Return, Muse, Thin Lizzy and so on?

So, there’s a pretty big chance might enjoy at least some of the music here. Some influences are more obvious in some songs, so if you don’t like one song, try another! So far, there are at lot of differences between them.

And. All the music here are, and will hopefully be forever, free to download. But it’s also available on a couple of hundred of the most popular commcercial services, like iTunes, Spotify, Jamster, Wimp, Amazon and a lot of others. Choose the way to listen that you prefer the most 🙂 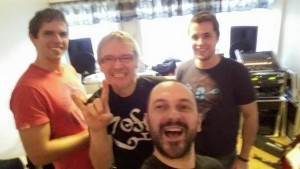 If you want to know more…