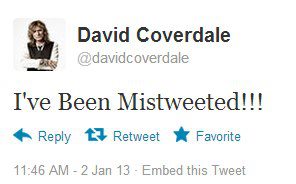 This is the kind of humor that people from the swedish westcoast loves, and the people on swedish eastcoast sometime despise. But as you might know, I was born and raised on the westcoast, so you might guess what I think… 😉

I would like to see more of this! I mean, most of the usual jokes about musicians could (with some tweaking) honestly be told about anyone. But this could only be done about this very special man.

Just wonder if it could have been possible to explain this joke to him (or anyone else) when this songs originally was written? I mean, first the whole concept about Twitter to someone in the seventies… 🙂